The implantable scaffolds consist of 3-dimensional micro-textured Si-scaffolds, produced by ultrafast lasers [1], since they offer more realistic micro- and local-environment for cell activity, while presenting distinct advantages as silicon 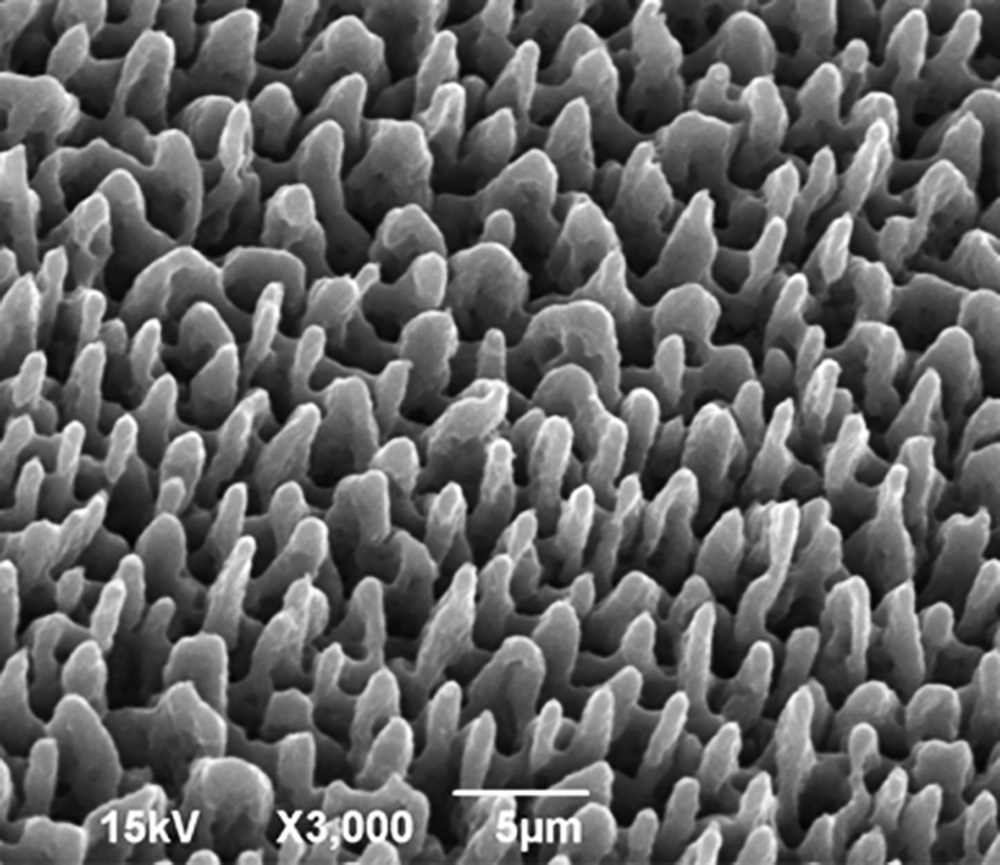 (a) is versatile and independent material (b) is rapid, easily adaptable and scalable through parallel processing and (c) allows the unique possibility for controllable, high resolution features at both the micro- and nano- length scales, which is due to the limited size of the affected volume – very close to the diffraction-limited volume. Additional advantages of laser structuring include high fabrication rate, non-contact interaction, applicability to many types of materials and reproducibility. Furthermore, lasers can be easily incorporated to computer-assisted fabrication systems for complex and customized 3D matrix structure design and manufacture. Such systems gave rise to a versatile class of scaffold production techniques which are laser-based solid-free-form (SFF) fabrication techniques. The SFF is essentially a rapid prototyping technique which allows control over macroscopic properties, such as scaffold shape and microscopic internal architecture.

The use of non-biodegradable implants avoids the adjuvant-dependent side-effects, while providing the required immune stimulation to the host [2]. The technology of Personalized Implantable Vaccines has been designed to allow the antigen presenting cells of each individual to present the most suitable antigenic epitope for this specific organism. In such case, the selection of the best antigenic epitope occurs naturally in the antigen presenting cells, which upon implantation stimulate T cells for the development of an antigen-specific immune response.  The determination of the best antigen concentration in vitro is a decisive parameter, since this dictates the type of immune response to be developed. Low or high antigen concentrations, as well as low or very high affinity interactions between TCR/antigen-MHC lead to tolerance rather than immunity. Providing the whole antigenic stimulus to the antigen presenting cells, the desired conditions for the development of antigen-specific TH, Tc as well as Β cells can be determined.

The application of the implantable vaccine technology includes 5 stages:

Adjuvant-dependent: Substances that induce non-specific stimulation of the immune system and are used for the enhancement of the immune response against an antigenic component that produce

Antigenic epitope: Part of the antigen that is produced during enzymatic degradation of the antigen, which binds to class I or class II MHC molecules to produce the complex that will be recognized by T cells.